Aiming at those early 80s look, I went for the oak faced 22mm plywood baffle keeping the rest of the panels of 19mm MDF. Apart from the slightly wider bass-reflex port and the extra brace, the box follows the standard rear ported design by Paul Carmody. How it turned out and what were the challenges of this project, in the remainder of this article.

Things didn't went as smooth as I was hoping. After a series of orders that got delayed, failed and then got delayed once more, I found myself in possession of the essentials to complete this project - five months later. Special thanks goes to a dutch provider, name omitted. Starts with loudspeaker and ends with freaks. They were, however, the cheapest in Europe. The parts were responsibly packed and the delivery was insured. 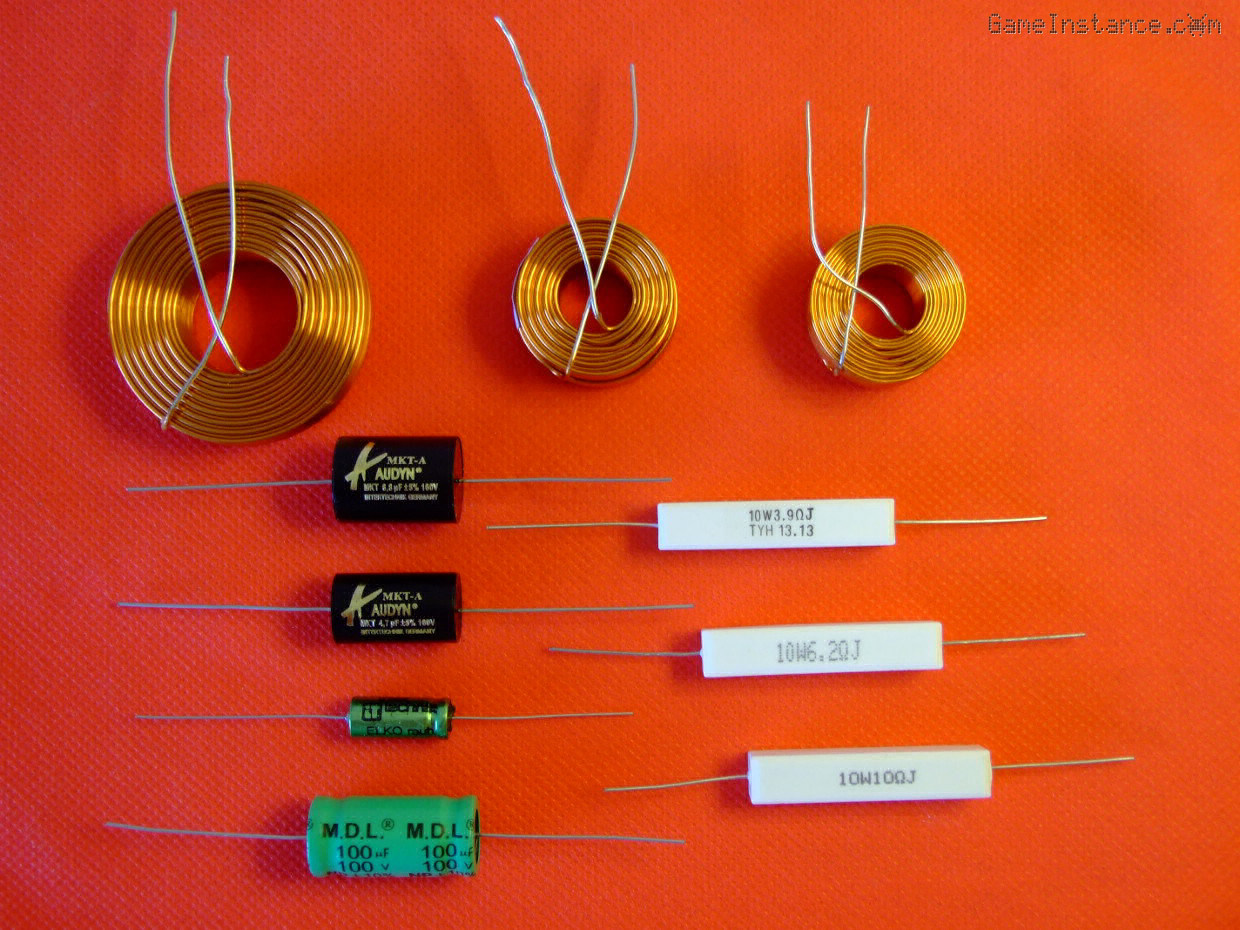 The local shop that sold the MDF and plywood boards also offered cutting service, which I had to chose because I was lacking the ability to make straight cuts with my jigsaw. To my stupefaction, every board turned slightly out of perpendicularity. Lots of hand-filing hours later the boards fell in place to form the boxes.

The plywood baffle was carefully routed with a hand built variable radius circular jig. Unfortunately my router wasn't that powerful, so the process took two agonizing days. I used wood filler and 150 grit sand paper to finish the surfaces touching the speakers. I drilled the screw holes and used plastic glue to fasten screw nuts on the back of the baffle. With a cup drill bit I carved out the holes in the brace panels. Remember that the purpose of bracing is to prevent the side walls from resonating. That's why I chose a bracing profile featuring two thick poles. MDF is not the ideal bracing material, plywood would have worked better. The brace should not be placed in the middle of the box because it would only prevent first mode oscillation with no effect on the amplitude of the second mode. However, the speaker location impedes the proper positioning of bracing so a compromise must be made. 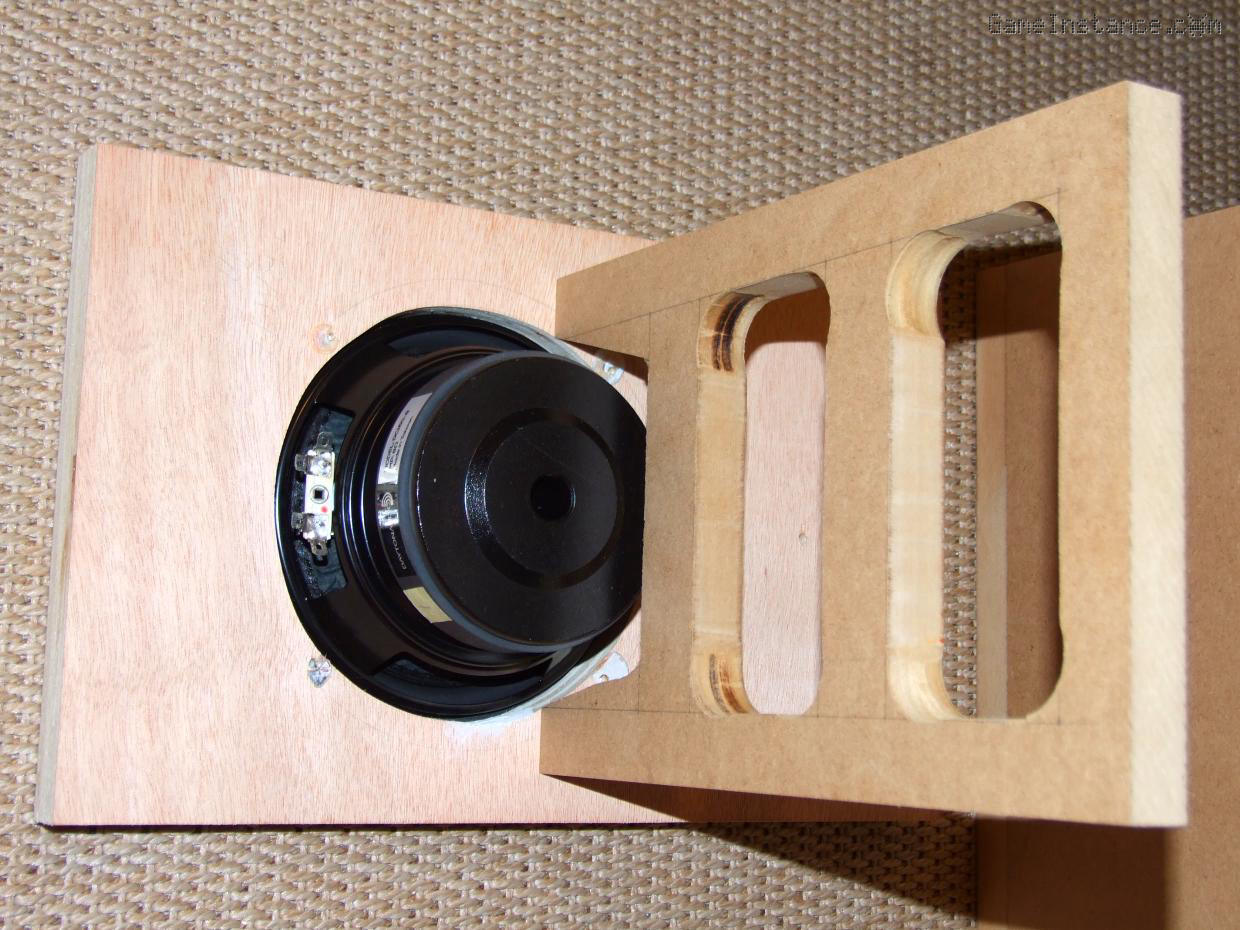 A 45 mm cup drill head removed the port slots. As mentioned before, I decided to use a slightly longer and wider bass reflex tube. One of the reasons for this decision was to minimize the venting noises at higher SPL. I haven't flared the exhaust side of the port - although this should have been the first thing to do in order to minimize this distortion - because I lacked the tools to do it. The extra volume occupied by the port was accounted for; the speaker doesn't lose much because of it. The funny part is the PVC tube was advertised as being 45mm inner diameter but actually it was 46 mm. That created a visible discontinuity on the vent traject. 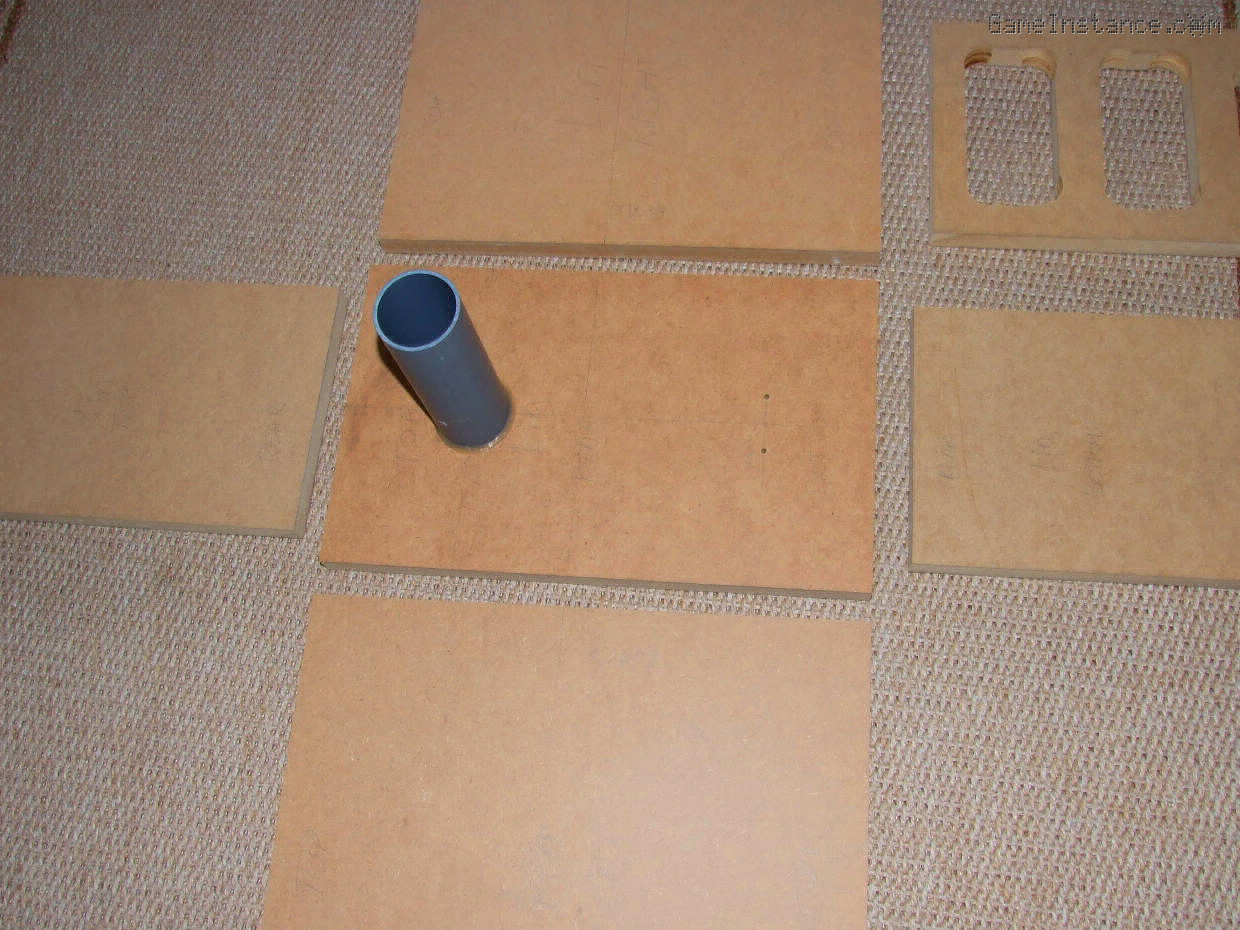 I've cut a 90 degree sector out of every MDF nut removed from the brace panels and used them as wire strap clamps while gluing the boxes. Instead of a belt I used a steel wire and instead of a ratcheting or vise system I hooked in a M6 screw and nut. The system worked perfectly once the wire length was adjusted to fit the perimeter of the box. 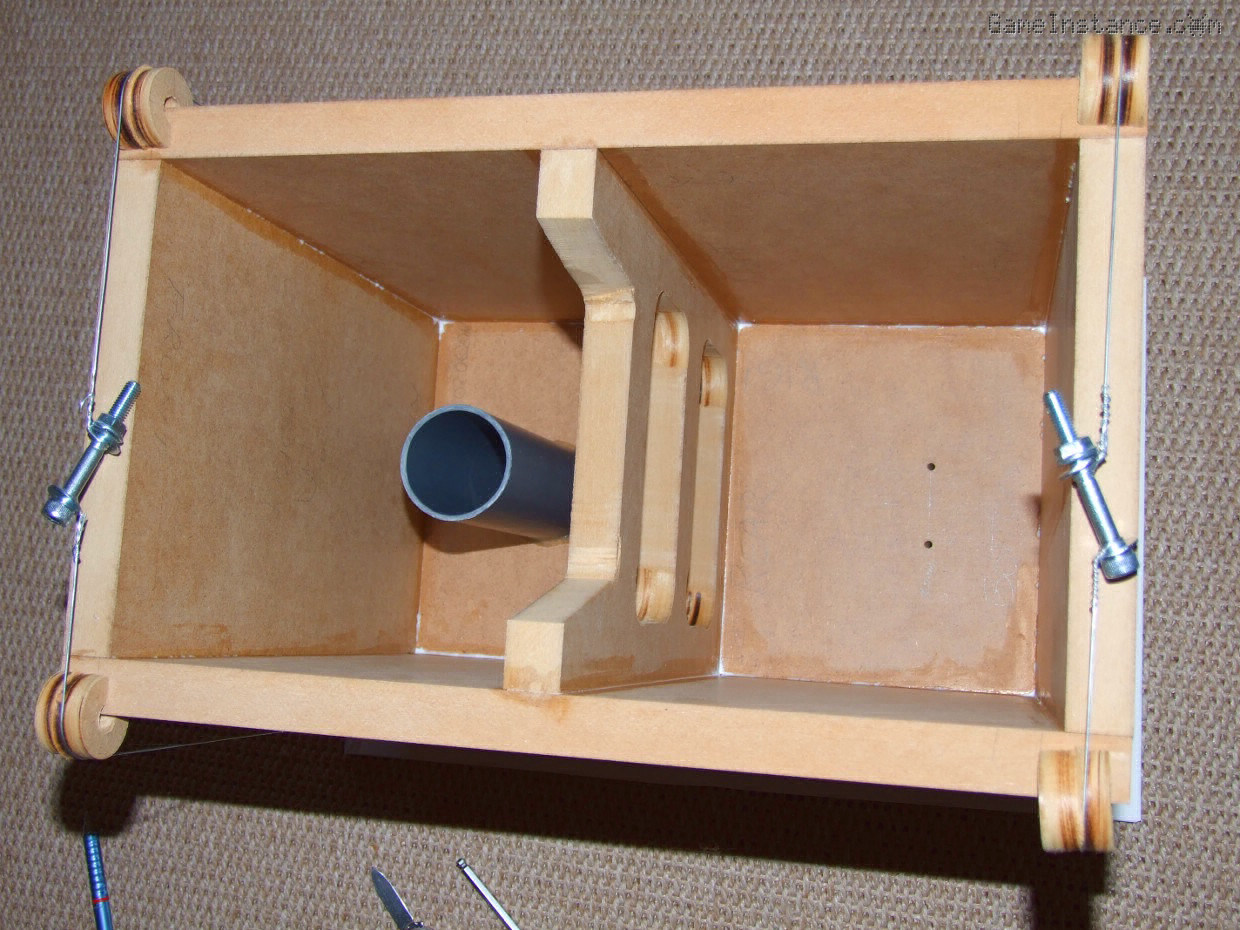 Oh, and make sure you drill the connector holes perpendicular to the board - or as close to that as you can. Any inclination will be visible once you put the connectors in place.

Parallel walls allow the formation of standing waves that distort the response of the speaker. This can be alleviated to some extent by carpeting the inner walls. While there are dedicated materials for this purpose I used a thick wool carpet. Again, there are special materials serving the purpose but this is better than nothing. 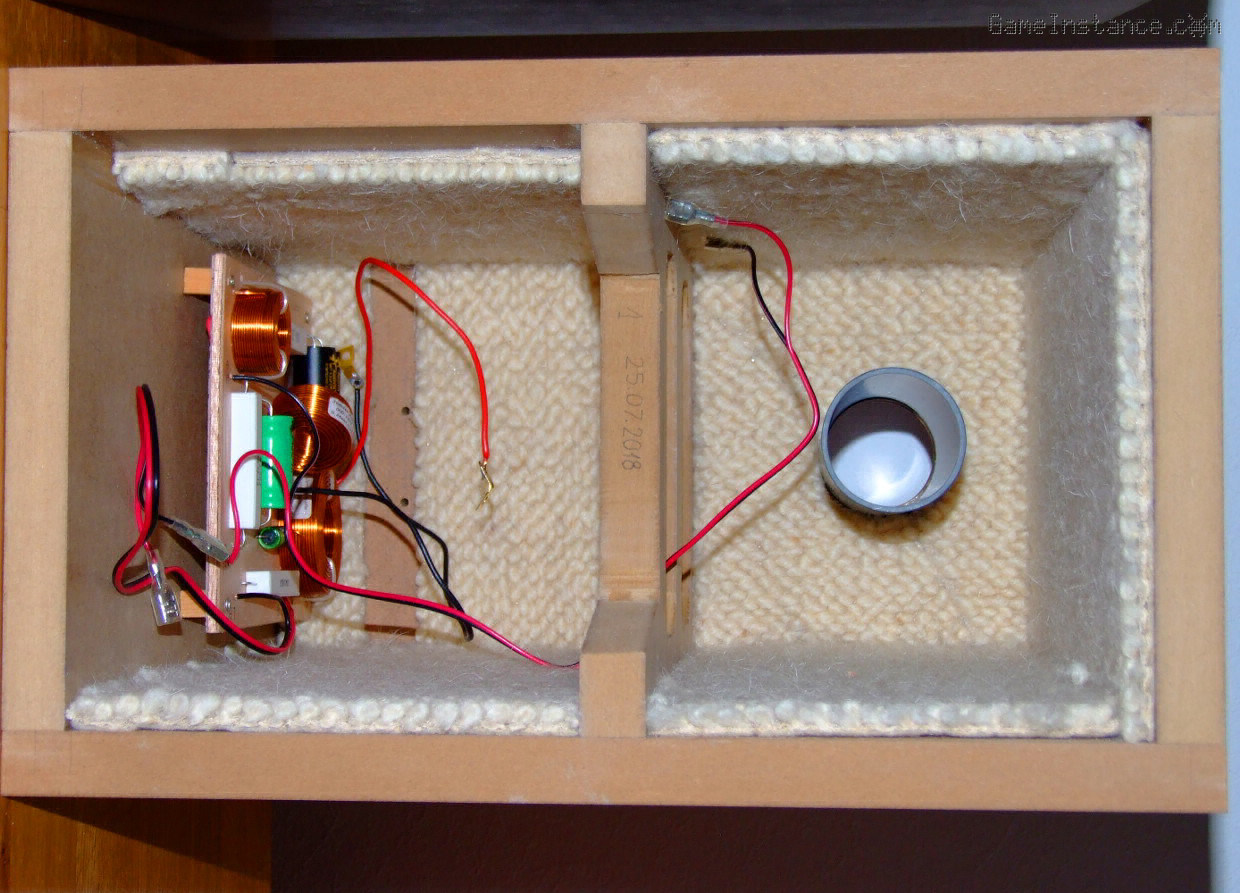 No standard PCB was employed for the crossover. A simple circuit containing such bulky parts - the coils are quite heavy too - is better suited on a 5mm plywood board. Special attention needs to be given to inductor orientation to minimize cross-talk. 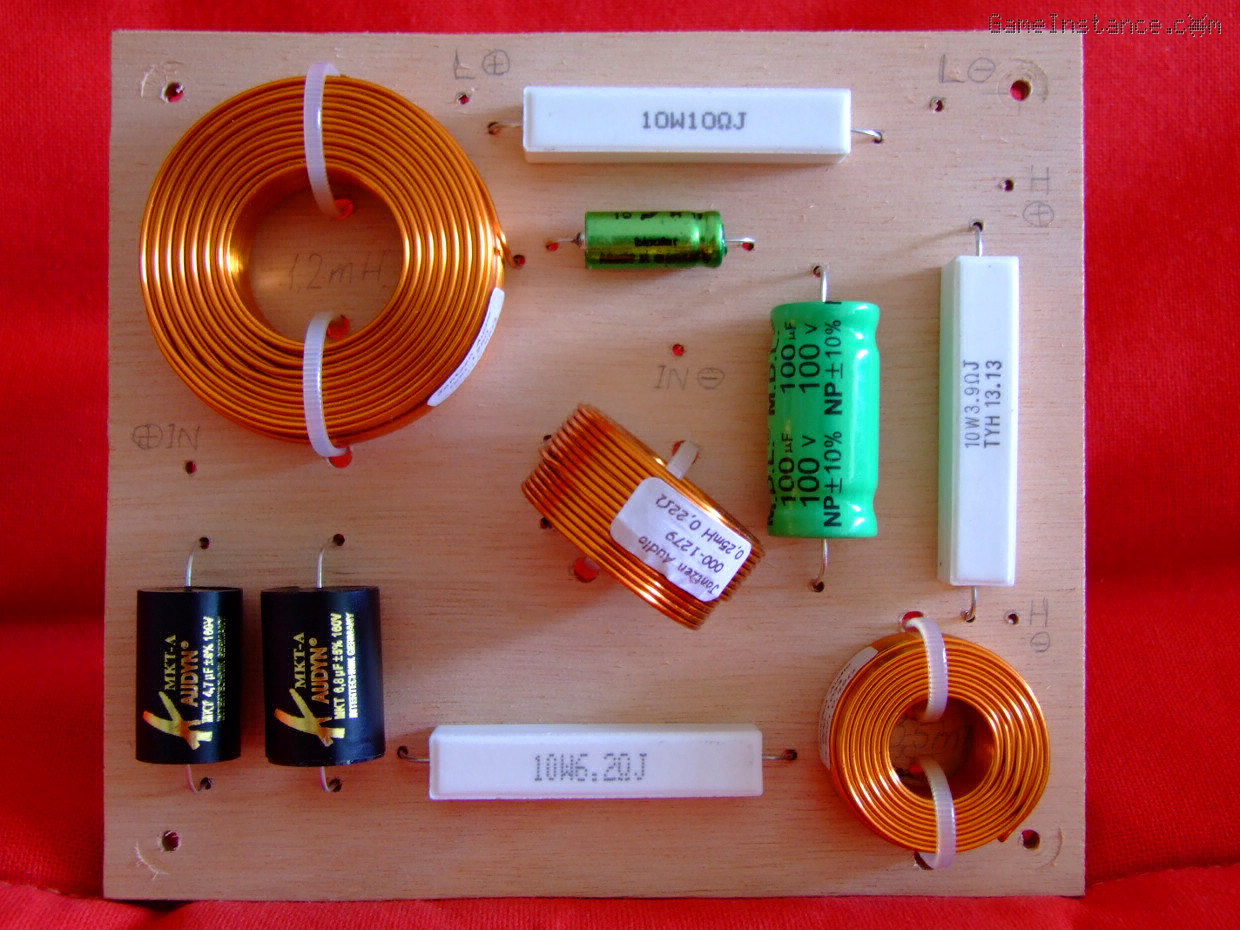 I went ahead and glued the baffles into position. I then stuffed each box with 64 grams of polyfil, not just because it is a geeky value but because it corresponds to Paul's advice: "two (handfuls) of polyfil for additional damping". I then connected and mounted the speakers - the tweeters came with no gasket so I confectioned one for each.

The sound is perfectly weighted given the low-cost drivers. I positioned myself between the two speakers and with my eyes closed I was able to pinpoint each instrument on the imaginary stage. The tweeters are discrete and the paper mid-woofer adds a warm feeling to the reproduced voices. 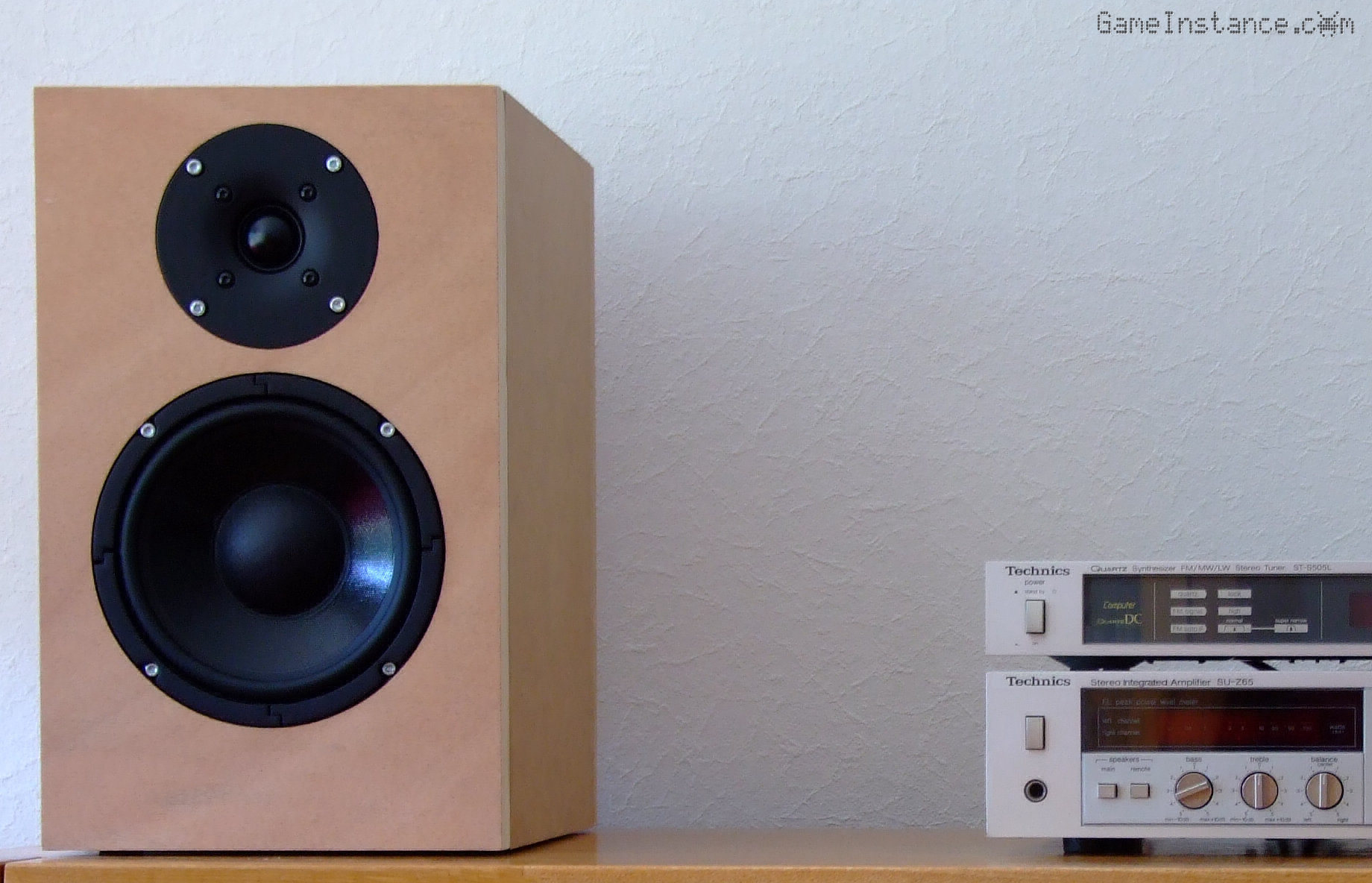 I know you'll think I'm kidding, but I'm not impressed with the bass. It does hit low notes but in a discrete manner. Adding and removing stuffing doesn't help. Tuning the box at 43 Hz pushes up the low-end by about 3 dB, giving a bit more bass. As a consequence the low mids lose intensity, ruining everything that makes it pleasant. If you think this is acceptable, I can tell you it isn't. This must have worked in the the first version of Classix but doesn't in this configuration. The tweeter becomes annoying, the speaker turns cold and loses the sense of spatiality.

The speakers are not medium sized by European standards, don't generate lots of bass but have good imaging and produce a classic warm sound. Tinkering around with various vents and stuffing breaks their equilibrium, making you appreciate the design effort put in by Paul. They are not fatiguing and can play all music genre for hours at any volume. Their sound has a special aura, if only they would've had more bass...